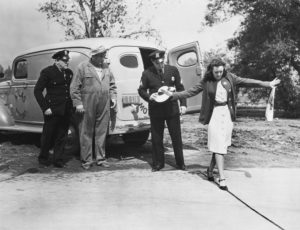 California Vehicle Code Section 23152(f) and VC 23152(g) make it unlawful to drive a motor vehicle while “under the influence” of drugs or a combination of drugs and alcohol, respectively. These DUI charges require an expert criminal defense; and our Los Angeles and Pasadena DUI lawyers are up to date on the scientific principles that underly DUI matters. Many prosecutors try to use performance on the field sobriety tests to support their opinion that you were under the influence of drugs and unable to drive safely. Prosecutors argue that physical signs of having taken a drug, such as rapid heart rate or dilated pupils, equate to impairment. Our DUI attorneys know that, unlike alcohol, there is no established science supporting the use of FSTs in drug DUI cases. We vigorously fight the conclusion that detection of drugs in your system or signs of being under the influence of a drug mean that the drugs made you an unsafe driver.

As of now, California does not have a “per se” drug DUI offense, primarily because there is not enough validated scientific research to equate impairment with a particular nanogram level of drug metabolite in someone’s system.

Prosecutors will try to use a positive blood test screen to prove drug impairment. But, THE LEVENTHAL FIRM knows a positive blood test for drugs does not equate to impairment. If anything, it will give us a general idea or time frame as to the time of ingestion. In many cases, the drug detected is a remote metabolite of the actual drug consumed – this means that the drug was likely consumed many hours before the time of driving, and as such had no cognizable effect on our client’s driving pattern. And, if the sample is urine, there is no way that the prosecution’s criminalist can conclude when our client ingested the substance.  In short, DUI drugs are difficult to prove; we have the expert toxicologists, skills, knowledge and drive to beat your DUI drugs case.