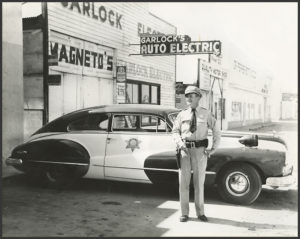 If you are convicted of a misdemeanor DUI in California[i], the punishment can include fines, jail time, classes, driver’s license suspension/revocation, and installation of an ignition interlock device in your car.  Several other consequences flow collaterally from a first-time DUI conviction – the fees for the court, the DMV hassle, insurance increase, and classes can mount up to thousands of dollars.[ii]

For a first-time DUI in California, the maximum sentence is 6 months in jail and a base fine of $390 (plus penalties and assessments, which multiplies the total).  Typically, a Los Angeles County judge will grant probation for three years, during which time you will have to abide by a number of conditions:  obey all laws, do not drive with any amount of alcohol in your blood, and consent to all chemical tests (including the PAS test).  Other probation conditions may include:

The “standard” plea bargain offered by the Los Angeles City Attorney or District Attorney for a first-time DUI is 36 months of court-supervised probation, a fine of $390 plus penalty assessments (or 3 days community labor), and a 3 month series of alcohol education classes (the AB-541 program).  If there is a high blood alcohol level, refusal of a chemical test, or a traffic collision or accident, even though it is a first DUI conviction, the Los Angeles or Pasadena prosecutor may require more alcohol education classes, higher fines, and completion of the MADD and HAM programs.

Often times, people will plead to a first-time DUI, believing that the case is “unwinnable” and that DUI sentencing is inevitable.  If you or a loved one is facing first-time DUI charges, contact our expert Los Angeles and Pasadena DUI attorneys.  Years of experience analyzing DUI charges have taught us that a conviction for a first-time DUI is NOT a forgone conclusion.  The sentence for a first-time DUI requires a significant expenditure of time and money from you, and will undoubtedly cause some hardship in your life.  As a result, it is critical to fight DUIs to the end. These cases can be beat.

We will talk about more complicated DUI sentencing, punishment, and probationary conditions in future installments – DUI prior offenses, special allegations, and DUI felony charges, including DUI with bodily injury.  But, there is no way we can blog all of the collective DUI knowledge that our Pasadena criminal defense attorneys have to offer!  If you have questions about DUI charges or potential consequences, call THE LEVENTHAL FIRM today for a personal consultation.