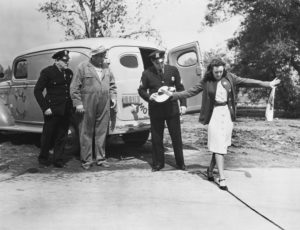 DUIs with prior convictions

“Simple” DUIs – violations of VC 23152(a) or (b) – can only be charged as felonies if the prosecutor pleads and proves qualifying prior convictions.  If there are three DUI convictions (VC 23152, VC 23153, or VC 23103.5)  noting offense dates within 10 years of the current offense, a conviction for that fourth will usually be a felony.[i]  However, any custody time imposed for a DUI elevated to a felony in this manner will be served in the county jail, not state prison.[ii]  The maximum time in jail is 3 years; the minimum is 180 days.  The fine for a felony DUI remains the same as “simple” DUIs –  $390 to a maximum of $1000 (plus penalties and assessments).

Note that one felony conviction noting an offense date within the past 10 years (VC 23152, VC 23153, or PC 192(c)(1)) of a current/open VC 23152 or VC 23153 is punishable as a felony. [iii] In addition, one  felony conviction for vehicular manslaughter while intoxicated[iv], regardless of when, is sufficient to elevate a current VC 23152 or VC 23153 to a felony.[v]  Punishment for a felony DUI conviction under these circumstances can include formal probation; but if formal probation is not granted, a “prison term” of 16 months, 2 years, or 3 years will be imposed.

If a person is driving while under the influence of drugs or alcohol and injures someone, he or she will likely face a felony.  Bear in mind that if more than one person is injured, additional prison time may be imposed.[vi]

DUI causing injury: Vehicle Code section 23153 (DUI causing injury) is a “wobbler” – chargeable as either a misdemeanor or felony at the prosecutor’s discretion for a first[vii] or second[viii] offense.  A felony conviction in either of these cases will result in a state prison sentence of 16 months, 2 years or 3 years if formal probation is not granted.  A fine of $390 to $5000 (plus penalties and assessments) will be imposed if convicted of Vehicle Code 23153 with one prior DUI conviction noting an offense date within the past 10 years.

With two prior DUI convictions, a third-time DUI causing injury under VC 23153 is a felony offense, punishable by 2, 3, or 4 years in state prison AND a fine of $1,015-$5000.[ix]  In addition, if the prosecution pleads and proves that great bodily injury[x] resulted from the DUI, AND  four or more DUI convictions in the 10 year period surrounding the current DUI offense, another 3 year consecutive term of imprisonment will be imposed.[xi]

A DUI (violation of VC 23152, 23153, or 23140) resulting in someone’s death can be charged under Penal Code 191.5 –  vehicular (“involuntary”) manslaughter.  (For BUI manslaughter – Boating while intoxicated – see Pen. C. 192.5.)  If the crime did not involve gross negligence, vehicular manslaughter while intoxicated can be punished as a misdemeanor or a felony.  As a felony, it is punishable by county jail time only, with a maximum sentence of 4 years.[xii]

A vehicular manslaughter while intoxicated involving gross negligence (Penal Code 191.5(a)) is a straight felony offense, punishable by a state prison term of 4, 6, or 10 years.  However, certain prior convictions[xiii] can increase the prison sentence to 15-life.

Felony DUI allegations along with felony sentencing provisions require expert  Pasadena and Los Angeles criminal defense attorneys. These matters are very complex.  THE LEVENTHAL FIRM proudly boasts expert DUI lawyers – we have handled hundreds of DUI cases and cases involving bodily injury.  If you or a loved one is facing felony DUI charges, contact our Pasadena and Los Angeles criminal defense lawyers.  THE LEVENTHAL FIRM will walk you through the law and explain what options or defenses may be available.

[vi] One year for each victim, with a maximum of three additional years.  Cal VC 23558

[x] GBI, or great bodily injury, is alleged by the prosecutor separately under Penal Code 12022.7.