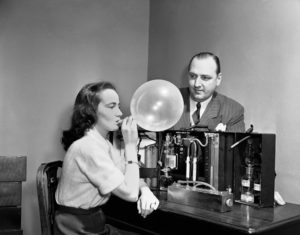 What is a PAS test?

The PAS, or preliminary alcohol screening device, is one of the roadside “field sobriety tests” given by the officer to determine whether you are under the influence of alcohol.[i]  After the officer detains you for a DUI, but before she arrests you, she will probably ask you to exhale into a tube attached to a portable device. The PAS device only tests for the presence of alcohol, not drugs.  After a long steady breath (4-6 seconds) into the PAS device, a number estimating your BAC will appear on the digital display. The PAS device estimates your blood alcohol content and provides the police officer additional probable cause to arrest you for a DUI.

A PAS device[ii] measures the amount of ethanol (alcohol) in the air you exhale.  Alcohol is absorbed from the stomach and intestines into the bloodstream; when blood goes through the lungs, some of the alcohol passes through the membranes of the lungs’ alveoli into the air.  The concentration in the air is related to the blood alcohol concentration by a ratio of 2100:1.[iii]

Do I Have to Consent to a PAS test?

In general, taking the PAS is voluntary, and drivers in Los Angeles or Pasadena who are detained for a DUI do not have to agree to blow into the PAS device.[iv]  The officer must advise you, before using a PAS device, that you have the right to refuse to take the PAS test.[v]  If you do blow into the PAS device, this does not excuse you from the obligation to give a sample of your breath, blood, or urine after a Los Angeles or Pasadena DUI arrest.

Can the PAS Test Results be Used Against me?

Yes!  After a DUI arrest, numerical readings from the PAS device will likely be admissible at the DMV admin per se (“APS”) hearing if the officer provides a printout.  If your felony or misdemeanor DUI case goes to trial, the PAS results are admissible if the Los Angeles District Attorney or Pasadena City Prosecutor meets all the foundational requirements.[vi]

Lawyers who specialize in DUIs (like those at THE LEVENTHAL FIRM) know which objections to raise to limit the use of the PAS readings, to show the unreliability of the PAS machine, and to sometimes prevent the PAS device readings from ever getting in front of the jury![vii]  Not only that, THE LEVENTHAL FIRM’s criminal defense lawyers are experts in the State and Federal regulations that apply to the maintenance and use of all PAS devices in Los Angeles and Pasadena, providing you with the best DUI defense available.  Contact our DUI experts for more information about PAS tests, breath tests, blood tests, or any chemical test you took or refused in connection with a DUI arrest in Los Angeles or Pasadena.

[ii] The most common PAS device model used by Pasadena and Los Angeles DUI police is the Alco-Sensor IV. Many online retailers and pharmacies offer PAS devices for sale to the general public.