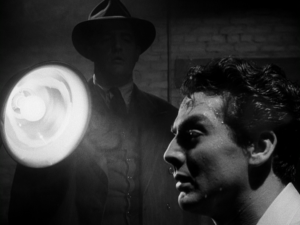 Are either of these confessions admissible in court? We will always argue no. In practice, courts will typically allow the second confession into evidence and exclude the first.

Sequential confession issues manifest themselves in a Missouri v. Seibert, 542 U.S. 600 (2004) context often in a criminal court. That is, a deliberate two-step, question first – warn later police practice to circumvent the efficacy of midstream Miranda warnings. Seibert struck down that practice and therefore excluded both confessions.

From our experience, most trial courts (and published decisions) faced with otherwise voluntary unwarned statements that are followed up with properly warned statements zero in on Oregon v. Elstad 470 U.S. 298 ( 1985), dismiss Seibert, and act like we are in the 1950s again. It is as if these courts forgot about the Miranda holding: Statements derived from custodial interrogation without warnings and a proper waiver are irrebuttably presumed compelled and thus inadmissible in the government’s case in chief. Even if unwarned statements are otherwise voluntary within the meaning of the 14th Amendment Due Process Clause, they are still trashed without proper warnings and a valid waiver.

THE LEVENTHAL FIRM wants to share an important (and recent) Circuit decision  – Reyes v. Lewis, ___F.3d ___, 2016 WL ____(9th Cir.,August 17, 2016), a rare published decision that in fact discusses and truly implements Seibert in a sequential confession case where the first unwarned confession is voluntary (again not via the 5th but via the 14th Amendment). More importantly, the Reyes interrogations were conducted on separate, albeit consecutive days! Seibert’s were separated by 40 minutes we believe; most of the published decisions (and trial courts we have litigated these issues before) that do understand (and apply) Seibert will focus on the length of time between both interrogations – the more time between the two equals less of a chance that the police circumvented Miranda.

In short, separate days for each round of interrogation does not kill our defense-oriented Seibert claims. This is the part of Reyes that we believe is most beneficial to our clients.