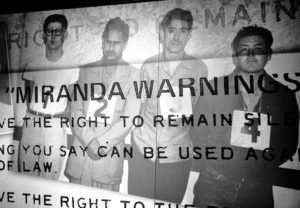 The Truth Behind Miranda

Miranda is a case from the late 1960s – the U.S. Supreme Court said that cops have to read us our rights if they want to interrogate us in custody. If a police officer: (1) fails to warn us of our Miranda rights, and (2) interrogates us while we are in custody, then (3) any incriminating statements that flow from that interrogation are inadmissible in court. That is the remedy for failure to advise.

Moral of the Story: Remain Silent and Ask to Speak to Your Lawyer

We can imagine then that if a police officer does not interrogate us or otherwise do so while we are in custody, then the failure to advise is meaningless. So too if we never offer incriminating statements. In any event, always remain silent and ask to speak to your lawyer!